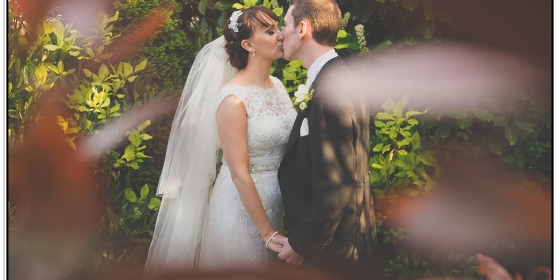 As mentioned in the pre wedding shoot blog, I’ve known Stu for a while, but was still very pleased when Emma & himself asked me to be their

After November’s engagement shoot I always knew Singleton Lodge was going to be a beautiful venue to photograph a wedding,

however the sun was blazing on the Saturday of the 19th April, which made it even better! 😉

The day started a few minutes away from my house @ the bride’s mother’s house, where it was bridal prep time!

After a few hours @ the bride’s mother’s house, seeing the gorgeous bride & bridemaids get ready, it was off to Singleton Lodge.

A few pictures of the grooms party, then the bride was on her way – next the ceremony.

After the ceremony it was time for the groups shots & luckily I got lots of time in the beautiful grounds of Singleton Lodge with the bride & groom.

The wedding breakfast was next, with some brilliant speeches from the bride’s father & bestman Graham.

We hadn’t had time before, so we headed outside again after the meal, for a confetti shot – Also gave me more time with the bride & groom! 🙂

After then, the eveing guests started to arrive, so it was time to leave the bride & groom to mingle, before the cake cutting & first dance. 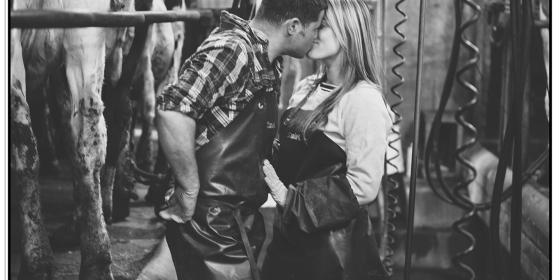 I was lucky enough to be asked to photograph Mandy & Dave’s wedding in Garstang, in May, this year.

I always strongly suggest a pre wedding shoot beforehand, not only to grab yourself some nice pics, but to get use to a camera being pointed at

Some great & different images were achieved, especially when Dave & Mandy went back to work for milking & I stayed around &

So the 2014 wedding season begins as the 2013 season finished – at Ribby Hall, Wrea Green.

I’ve known Dave for a while, so was very happy when he asked me to be the photographer at his & Laura’s wedding day.

Laura was staying at Ribby Hall, so I arrived early, for a few bridal pre shots, dashed down to the venue for a few of the groom’s party,

then back to the cottage for the ‘final’ shots of the bride as she was getting in her dress.

The ceremony was next, a really fun affair – especially when Laura had to really push Dave’s ring on! – It really wasn’t for moving! ha

A few shots around the grounds of Ribby Hall with the bride, Laura & the groom, Dave, where next, in the 20 minutes before the speeches

After the wedding breakfast, came the first dance – always a lovely moment. 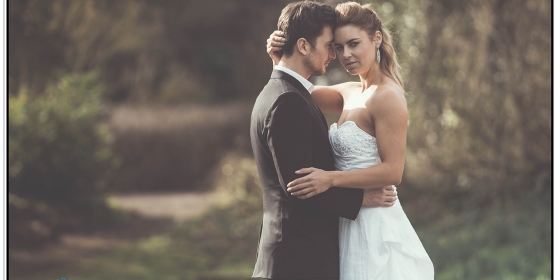 As the title suggests, this was the 3rd time the ‘Big 2 Days’ has been held by Chris Chambers Photography, this time around however the venue

changed to Hodsock Priory in Worksop.

Again, as in the previous 2, the models are supplied & the ‘type’ of photography chosen beforehand, then its down to us, the photographers, to use the

I love these 2 days! Great idea & I always end up with some fantastic images.

Day 1 started with a country style fashion shoot with Jeannie.

As we where then off to do a little bit of boudoir with Jeannie, we where off to the bridal suite. This was already occupied, but it did mean I could grab

some shots of the bridal boudoir session with Charlie & a quick shot of the lovely Abbie.

After the session with Jeannie, It was time for a fashion shoot with Charlie, however on the way I managed to sneak in a few shots of a bridal shoot with

Back to ‘normal’ after the fashion & the boudoir with a bridal shoot with Damin & Kim – Must say I really love this ‘couple’, they work so well together! 🙂

Before the, what has become, the compulsory, trash the dress session of the Big 2 Days, it was more fashion shooting, with Emma & Jeannie. 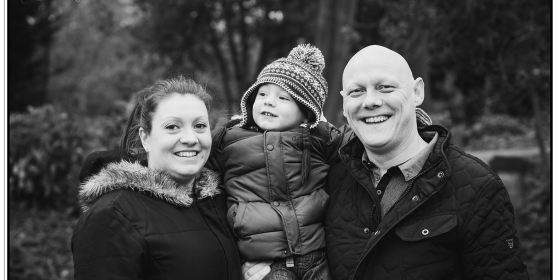 A few weeks went by before we got a chance for the pre wedding shoot of Dave & Laura, as the weather was pretty awful!

The day we finally picked wasn’t too much better either & with little Lucas & mum’s bump, I didnt want them out in the cold too long in Avenham Park. 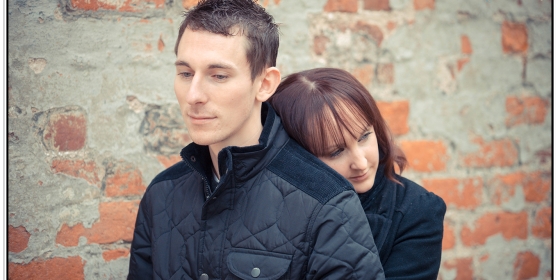 I’ve known Stu for a while now, so was really pleased that he asked me to photograph his & his fiancée’s wedding next April.

I was even more pleased when they agreed to a pre wedding shoot @ the grounds of where their wedding will be held, the beautiful Singleton Lodge.

Whilst I waited for them to arrive I looked at potential areas, for not only these pre wedding shots, but their wedding too, and also photographed the

I’m REALLY happy with the overall results of the shoot, as both where a little dubious to start, but they both really relaxed into it &

we got some great shots! – Bring on April! 🙂 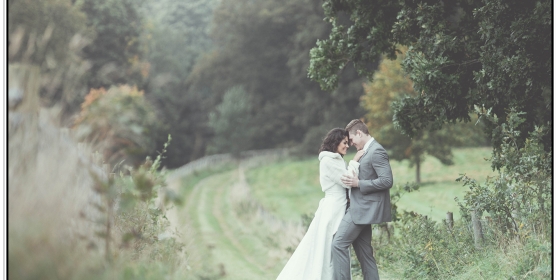 I was lucky enough to make it to the 1st Chris Chambers ‘Big 2 Days’ training course in June of this year, and it was so successful he threw on another –

Again situated with the castle & the grounds of Hazlewood, this included fashion, bridal, pre-wedding, boudoir & bride & groom sections to photograph!

As, with the last course, this training course is slightly different, as the section you chose is run by photographers in a similar situation, so all the poses

& areas are chosen by us, and not the ‘trainer’, which makes for a very interesting & entertaining 2 days!!

I started day 1 with boudoir sessions with the wonderful & extremely beautiful & talented Jacqui.

Next came a wonderful bridal shoot with the gorgeous Lauren!

Day 1 finished with a fashion shoot with the wonderful Abbie!

After the wonderful engagement shoot, came a quick 30 minute bridal shoot with Caroline, in Hazlewood’s chapel, with a bubble machine too! 😉

In the woods for a bridal shoot with Jess was the next shoot! 😉

After a final shoot with Abbie & Chris, this time as bride & groom, we finished trashing Caroline’s & Abbie’s dresses with paint & a few berries!! 😉 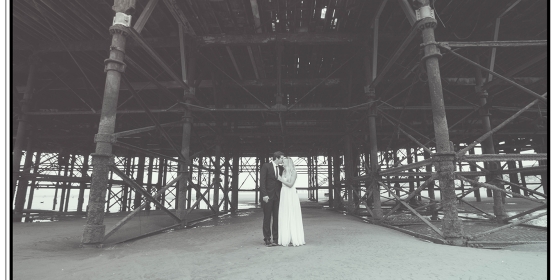 A day after my 32rd birthday I was lucky enough to go along for a wedding photography workshop in Blackpool, with the very talented photographer,

The day was cloudy & overcast, and at the arrival time there was no beach to speak of, but we were always going ahead with the ‘bride’, Bethany &

I also tried a slightly different shooting style, so 90% of these are shot on my 50mm 1.4, to get a much shallower depth of field! And I must say I like the

We started off on the North Pier.

After the fun of the North Pier, and a spot of lunch, we headed to the beach, which had now appeared! Bonus!, as we brought out the props! 😉

Then, finally off to the South Pier, for a few fun final shots! 😉 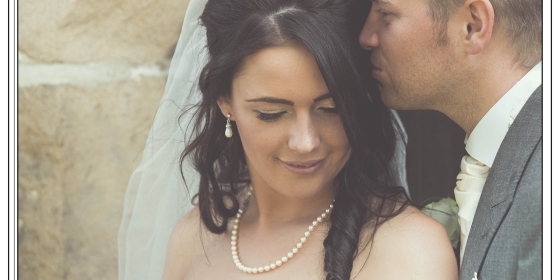 From the first meeting I had with Rachel & Andrew I knew that they would be a great couple to photograph (not that the others aren’t!), but they both

were so easy going!

The wedding & reception were to be held very close to the house in which they both lived, but as I found out later, the church actually had a

sentimental meaning to Rachel, so was a wonderfully special place to be asked to photograph her & Andrew’s wedding day!

The church was All Hallows Church in Bardsey.

The wedding day started photographing the preparation of both the bride & groom, who although weren’t obviously in the same place – weren’t too far away from each other – these two just couldn’t be apart! 😉

Then the beautiful wedding car arrived, so it was soon to be off to All Hallows Church in Bardsey, just down the road!

At the church I managed to get a few with the groom & best man, also the groom’s party too! Just before the bride came round the corner I also managed to squeeze in a shot outside the lovely All Hallows church, with the bridesmaids!

As the groom, Andrew & best man seemingly laugh & joke inside the church, the beautiful bride arrives, accompanied by her uncle, ready to walk down the aisle.

After the gorgeous service, where you can see Rachel & Andrew are very much in love, it was outside to the Pimms tent & a few group & candid  shots, well for those not too busy at the bar! 😉

Next came the time to photograph Rachel & Andrew together! I’d managed the day or 2 previous to have a look around the area too, so had plenty of ideas in mind!

Then we headed for the reception, which was at East Keswick Village Hall, which as you are about to see was decorated beautifully & was all done by Rachel & Andrew the day before!

After a lovely meal, which I was also offered!, came the speeches – the best man’s was particularly amusing 😉

After the speeches, came a very special & sentimental moment for Rachel, sadly her dad couldn’t be with her on her wedding day, but as a message to her dad, people were to release balloons  into the air with messages on.

The end of the day was nigh, well for me anyway!! I’m sure the party continued well into the night, but before I left was the cake cutting, the first dance & Dominic Halpin & the Honey B’s! 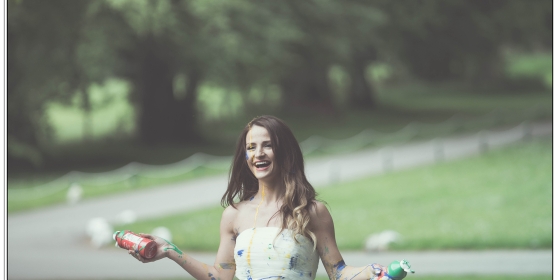 Over the last few months I have been very lucky to train & learn from some great photographers @ weddings & photo shoots.

This photo shoot was something slightly different!

Arranged by the ‘main’ photographer & a model agency, we, as photographers where given the option of a number of different shoots we could choose

Some of these where more training sessions with the main photographer, but in the main, we where sent off in our own little groups of around 3/4

photographers, shown the areas & told we had free reign!

This was obviously a little nerve wrecking, but was so much fun & I feel I learnt more from this day than perhaps the ‘staged’ photo shoots.

Anyway below are some of the images from the day!

The first selection of image we’re with Miss Harrogate, Olivia, in what can only be described as really harsh sunlight – although it sounds great, sunlight

is the hardest weather to deal with! 😉

We then ventured inside, which was SO warm!!, but we were this time photographing the lovely Jess, in a bridal boudoir setting! 😉

The final shoot of the day came after tea, it was a bridal shoot with Viv, in York centre. I decided to assist in this shoot, so didn’t manage to take too many images, but here’s 1 outside York Minster

The next day started with something a bit ‘new’ to me, the chance to do a little fashion like shoot in the grounds, again of Hazlewood Caste. This is something I was looking forward to, and actually really enjoyed.

The shots came thick & fast, the next one was a bride & groom shoot with Emily & Luke, who worked so well together, it made the shoot very easy! – Well easier anyway! 😉

A quick shoot with Viv came next, followed by a ‘Trash the Dress’ shoot with Abbie & the Emily too! 😉